Cyclopedia opened for business in December 2009. Owners Pat, Aaron and Jack Johnston have  50 years experience in bicycle retailing. They have spent a lifetime racing and touring  in Europe and the United States.

Before they moved to Pawleys Island, Jack and Aaron owned and operated a bicycle shop in Dallas, Texas for 16 years. While in Dallas, after a 12 year absence from competition, Jack competed in the Masters World Cup in San Diego and won a gold medal.

Aaron (not to be out done) received a scholarship to MSU Wichita Falls – his prize for winning the 1994 Hotter than Hell criterium. 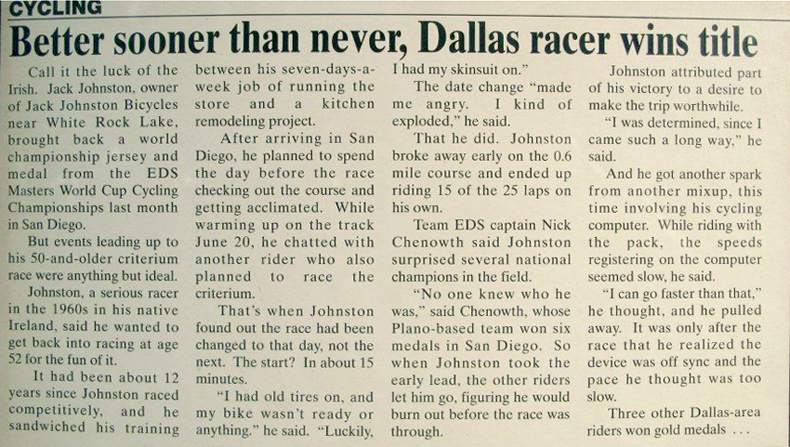